Does the brain have sex?

The clever cover draw my attention and the title “everything you know about our differences (women and men) urged me to read the results of one more survey on the subject of differences between the sexes that is being discussed and analyzed for years. I am writing about the magazine “Le Monde de l’Intelligence” and the cause of a new study about the differences among the male and female brain which from the moment it saw the lights of the media, last December, has created intense reactions. I realized once again how difficult it is to escape from the stereotypes that govern our lives.

Let’s take things from the beginning. Conducted by Ragini Verma, lecturer in the department of radiology of the university of Pensilvania, in 949 young adults, this study of depiction of the brain pointed out once again some of the differences among the brain of men and women without explaining the functional significance of these differences. The male brain has more internal connections in each hemisphere whereas the female brain shows on average better connectivity between the hemispheres. The most important differences begin in adulthood and for men they depict a better combination between perception and action while in women better interconnection between rational thinking and intuition. In male brains every small network of neurons can function independently something that facilitates the single tasking while for women the networks are interconnected facilitating the multi tasking. The writers of the research underline that their findings support behavioral studies that prove the superiority of women in verbal memory tests and social intelligence and the superiority of men in the perception of space. This does not mean that women don’t have the same capabilities as men but that the brain structure facilitates them in the implementation of certain tasks, underlines R. Verma. The reaction of the results of the study focuses on the fact that the writers don’t take into account the plasticity of the brain that is its capacity to change throughout our life through our experiences and learning something that today is considered undeniable.. Indeed only 10% out of 1 bil neurons is shaped during our birth and the rest 90% is shaped during our evolution and is affected by the environment, the culture and socializing.

As Catherine Vidal, neurobiologist of the Pasteur Institute mentions all human creatures have different brains shaped according to their history. Because boys and girls have grown with different social norms is obvious that their brains are not similar but that does not mean that their inequalities have appeared during their birth.

At the end, bigger or smaller, more or less connected, it is not the brain that causes the competition between the sexes.

No comments made yet. Be the first to submit a comment 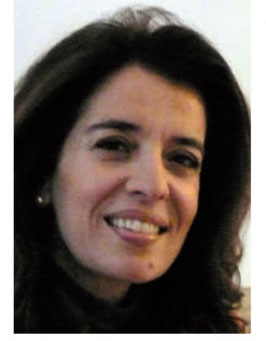